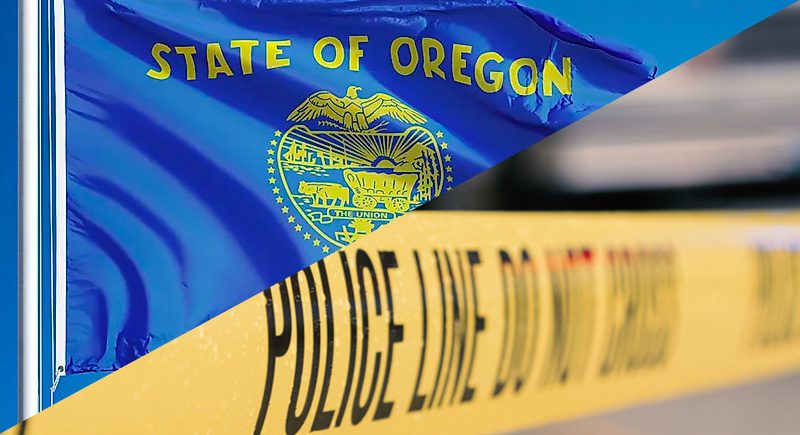 Around 7 pm on Sunday, August 28, 2022, a man fired several shots in the parking lot of the Forum Shopping Center in Bend, Oregon. Some of the shots were directed into the Big Lots store before the gunman entered the Safeway and fired several more rounds. While some shoppers were able to escape without being physically harmed, two innocent victims were killed and one more was injured.

The suspect was located inside the store deceased with an AR-15 assault-style rifle found nearby. Although this may offer some relief to the community in terms of there no longer being a threat, incidents like this can have a lasting impact on those involved in them. But one shopper’s response stands out, primarily because it aligns with what is taught in the A.L.I.V.E. Active Shooter Response Training Program.

One shopper told NewsChannel 21 that he was in the store with his four children at the time of the active shooter incident. Roughly 10 minutes into their shopping, they heard several shots.

The man told his children to run and people around them were screaming. Fortunately, his wife—who was waiting outside in the car because she wasn’t feeling well—had driven to the back door of the store, where the man and their children exited. The wife kept saying to them, “Get in the car! Get in the car!”

While this man credits the officers for their response, there is no doubt that he and his wife’s swift and responsive actions helped keep the entire family safe. And what they did reinforces the first two steps of the A.L.I.V.E. Active Shooter Survival training protocol.

The A.L.I.V.E. Active Shooter Survival Program teaches the five steps you should take if ever in the vicinity of an active shooter. In addition to assessing and leaving, the remaining steps are impede, violence, and expose.

You can learn more about what each of these steps is by taking the A.L.I.V.E. Active Shooter Survival Course. Classes are available both in-person and online for Oregon residents, businesses, and organizations. Some can be completed in as little as one hour.

Check out our Oregon Active Shooter Survival Training options to learn more or to sign up.